La Camara aims to be the preeminent point of reference for the Spanish-Australian business community and to facilitate and foster the development of business relationships within this community. La Camara achieves these aims through events such as corporate lunches, ministerial briefings, seminars, private boardroom functions, networking evenings and more relaxed cultural and cocktail events, as well as a variety of services and promotional opportunities for our members.

Events organised by the La Camara allow both members and non-members to develop the professional contacts they need within the Spanish-Australian business community. 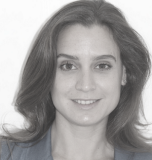 Maria Jose has been living in Australia since 2011 and as Head of Business Development for ACCIONA Construction Australia she is involved in leading new business opportunities for the infrastructure business.

Maria Jose has extensive experience in the construction and infrastructure industry and qualifications in Civil and Environmental Engineering. She has management experience in leading the delivery of strategic and commercial outcomes of significant infrastructure projects around the world. Her areas of expertise include strategic market planning and new business development.

Maria Jose has been a member of the Board of La Camara since 2017 and is serving as President since July 2018.

She brings to the Board her expertise in business development and her knowledge of the Spanish-Australian business market. 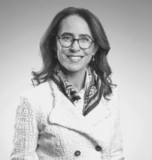 Sylvia Fernandez is a senior partner at Thomson Geer and an experienced litigation lawyer with international and multiindustry experience. Sylvia is Australian born of Spanish parents and is fluent in spoken and written Spanish. She is also an experienced team leader.

Sylvia has been a member of the Board of La Camara since 2011 and served as President from July 2014 to July 2018 and is currently serving as Vice-President and Secretary. She brings to the Board exceptional corporate legal expertise, a solid understanding of corporate governance as well as experience with government, major corporates and multinationals. This, together with her Spanish heritage makes Sylvia a solid contributor to La Camara’s Board. 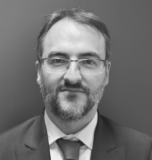 Andres is the Finance Director for Ferrovial Construction Australia where he manages the accounting and financial control functions of the business. He holds a Bachelor of Business Administration and brings to La Camara over 20 years of international experience.

His construction career commenced in Spain, followed by the UK where he was primarily involved in the delivery of large scale buildings and airports, most notably Heathrow Airport. He relocated to Australia in 2018 and has been a member and Treasurer of the Board of La Camara since 2020.

Andres aims to utilise his skills to benefit the association in meeting its objectives and fostering links between members and the Spanish-Australian communities more widely.

Javier is the Managing Director at Zitron Australia, the Australian branch for Talleres Zitron S.A., the Spanish worldwide leader in underground ventilation. With an Industrial and Aeronautical Engineering background, Javier possesses over 10 years of professional experience in the field of underground infrastructures. Since his arrival to Australia, Javier is leading and growing all sectors of the business to make Zitron Australia a dynamic and progressive organisation. With excellent communication skills, he has been able to establish sustainable and profitable relationships with customers across the world. 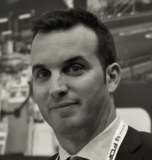 With 18+ years of international contract and project management experience, Manuel has been involved since 2000 in key infrastructure projects worldwide,  including A13 project in London, EastLink in Melbourne or the more recent ones of Waterview tunnel in NZ and WestConnex in Sydney.

In 2011, Manuel promoted to MD of SICE AUS and SICE NZ and since then he has being involved the following projects: OMCS for the M5W project, ConnectEast back-office replacement, T2E tunnel, Waterview tunnel, TRARM  and WestConnex (stages 1B and 2). In these projects, Manuel was responsible for the contractual relation with clients including InterLink Roads, Road and Maritime Services (RMS), ConnectEast, CPB, John Holland, Lend Lease and NZTA.

Manuel is also the Chairman of the O&M Alliance for the Waterview tunnel since 2016. 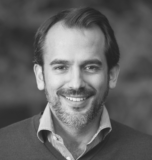 Tehmur is Managing Director for Indra in Australia since 2017, a global company of technology, innovation, and talent, leader in high value-added solutions and services. He has more than 15 years of international experience, identifying, bidding for and managing complex system integration projects mainly in the Defence, Security and Transportation sectors. Until January of 2020, he was also responsible for Indra’s operations in South East Asia, having lived in New Delhi from 2014 – 2016.

Tehmur hopes to leverage on Indra’s experience in digital transformation and the delivery of state of the art technology, to positively contribute to La Camara’s Mission, Vision and Values 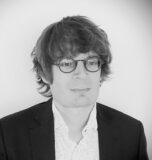 Pedro is the Director of CAF Rail Australia, Australian subsidiary of CAF, since 2015. Pedro has more than 15 years of international experience in the Transport and Telecommunications sectors. Since his arrival to Australia, CAF has grown considerably in the region winning projects valued at more than 1.6billion AUD in the region and becoming a key player in the rolling stock and rail systems sectors. CAF has now a local presence of around 100 staff in Australia. Pedro has a deep understanding of complex projects including PPP’s and DBOM’s.

Pedro brings to La Camara his international and constructive thinking, together with his experience managing stakeholders and partners in demanding environments. 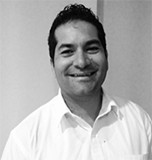 Pablo is a Director at S&L – an Australian company founded by two Spanish entrepreneur’s. S&L is a medium to heavy steel fabricator that specializes in complex projects within Mining, Road and Rail Infrastructure, Defence and the Commercial sector throughout Australia.

Pablo is a CPA and also holds a Masters in Business Operations Management degree from UTS. He is also a qualified lawyer from the Sydney University.

Prior to joining S&L, Pablo worked for CSR within its Building Products division and within the Ethanol business. A milestone in Pablo’s career was the involvement in the sale transaction of Dairy Farmers to Kirin for $910M in 2008.

Pablo’s main focus with the La Camara is to foster greater relationships between Spanish and Australian stakeholders within Supply Chain and Infrastructure sectors.

Brian Satterthwaite is currently a Director with Assetinsure following 29 years corporate and institutional banking experience in Australia. He has worked predominantly with international banks, with the last 10 spent as Country Head/Chief Representative of BBVA in Sydney. During these years he has worked with many Australian and international clients. His focus being the infrastructure, energy, transport and renewables sectors. He has been a proud and active member of the Spanish Chamber of Commerce since 2016. Brian has Bachelor of Economics from Sydney University, a Graduate Diploma in in Applied Finance and Investments from the Securities Institute of Australia and a Master of Applied Finance from Macquarie University. Brian is CFTO Senior Member, Finance and Treasury Association (FTA), a Member of Asia-Pacific Loan Markets Association (APLMA), and a Board Member of the Spanish Chamber of Commerce.

Alfonso is Director of ASLAT Consulting, a consulting firm which provides commercial representation services to Spanish Companies in Australia.

Alfonso holds a Bachelor in Industrial Engineering and has over 7 years of international business development experience in Spain, UK and Australia. In 2013, after spending 4 years as head of Abengoa Solar in Australia, Alfonso decided to establish a consulting firm to assist Spanish companies entering and operating in the Australian market in the sectors of infrastructure and energy. Alfonso believes there is an existing opportunity to import Spanish technology and know-how in critical sectors such as energy, infrastructures and water; and is strong advocate of the brand “España”.

He is determined to market and promote the capabilities, experience and competitiveness of Spanish companies operating in the Australian market. Alfonso brings a wealth of experience in international business development, strong networking and social capabilities and is well known within the Spanish community in Australia. He obtained his Permanent Residency visa in 2013 with a view to living in Australia permanently.