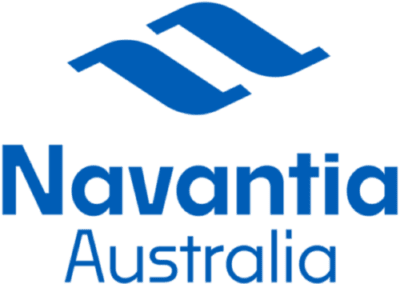 NUSHIP Sydney, the third and last Hobart-class Air Warfare Destroyer (AWD), was provisionally accepted by the Commonwealth of Australia on Friday, February 14, 2020.

This milestone occurs 13 years after the start of the project. The program has been delivered under an Alliance-based contract arrangement (the AWD Alliance) between the Commonwealth of Australia (represented by the Department of Defence) as owner-participant, and industry partners, ASC and Raytheon Australia, supported by ship designers Navantia.

Navantia, as the platform designer, has issued the final AWD Designer certificate, which will be the document that the Alliance gives to the Australian Government as part of the closing process. Commodore Steve Tiffen, Director General of Shipbuilding, praised everyone involved in the AWD Program with the following words: “The NUSHIP Sydney is the most complete, capable and highest quality finishing boat of the Hobart class”.

Navantia Australia has been providing support services to ASC Ship Building since December 2015, after winning a contest, as a result of the AWD Reform Strategy of the Australian Government. This Reform Strategy had recommended the urgent incorporation of an experienced management team in ASC to improve the productivity of shipbuilding.

Since the appointment of Navantia Australia, the AWD program was removed from the list of “worrying projects” of the Australian National Audit Office, and all three ships were delivered as scheduled in time and cost.

Finally, in 2017, Navantia Australia became the Design Authority for the Hobart class with all IPs transferred from Spain to Australia.

NUSHIP Sydney is the final of three ships of the Hobart-class guided missile destroyers. Her sister ships will be HMAS Hobart and HMAS Brisbane. The keel of Sydney was laid down on 19 November 2015 and launched on 19 May 2018. The vessel started sea trials in September 2019.

Sydney is based on the Navantia designed F100 frigate and is coupled it with the Aegis Combat System. Sydney is being constructed in Australia by the Air Warfare Destroyer Alliance.

Sydney will provide air defence for accompanying ships in addition to land forces and infrastructure in coastal areas, and for self-protection against missiles and aircraft. The Aegis Combat System incorporating the state-of-the-art phased array radar, AN/SPY 1D(V), in combination with the SM-2 missile, will provide an advanced air defence system capable of engaging enemy aircraft and missiles at ranges in excess of 150km.

Sydney will carry a MH-60R helicopter for surveillance and response to support key warfare areas. The surface warfare function will include long range anti-ship missiles and a naval gun capable of firing extended range munitions in support of land forces.

These capabilities ensure that the Hobart-class guided missile destroyers have the layered defensive and offensive capability required to counter conventional and asymmetric threats.

Thank you to our presenters from @mcgrathnicol: Jason Ireland, Sean Wiles and Suzanne Westney for sharing their exp… https://t.co/eQ7fd6Vj52
h J R
@LaCamara_AU

REGISTER NOW❗️🔖 Monday, 30/03 at 2:00pm #LaCamara will be delivering a range of webinars to help keep our members i… https://t.co/b0Kw6mslfe
h J R
@LaCamara_AU