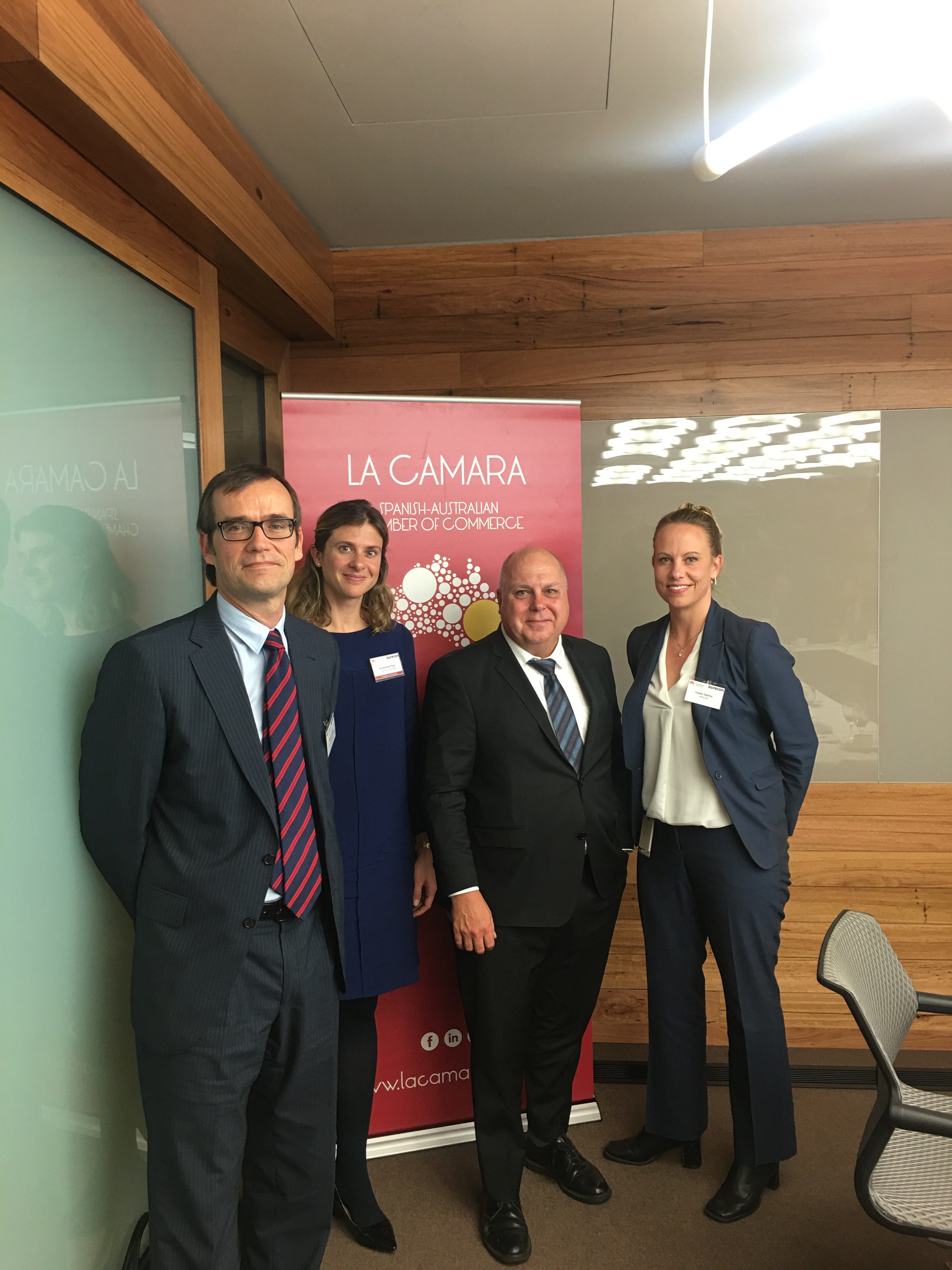 Our corporate members joined us for  lunch with The Hon. Tim Pallas MP, Treasurer of Victoria.

Tim was elected to the Victorian Parliament in 2006 and is the state member for Werribee. Following the election of the Andrews Labor Government in November 2014, he was sworn in as Victoria’s 50th Treasurer.

His first budget in May 2015 delivered the biggest education budget and investment in public transport in the State’s history. His second budget in April 2016 included the single biggest school capital investment in Victoria’s history as well as fully funding the construction of Melbourne’s new Metro Tunnel.

As Treasurer, we have seen a significant improvement in Victoria economically, with strong growth and the fastest growth in full-time jobs in the nation.

Tim previously served in the Bracks and Brumby Governments as Minister for Roads and Ports, and later added Major Projects to his responsibilities.

As Minister for Roads he oversaw the M1 Upgrade, the construction of the Deer Park Bypass and Geelong Ring Road, completed the upgrade of the Calder Freeway to improve links to Bendigo, and was responsible for commencing the Peninsula Link project on the Mornington Peninsula.

In the Major Projects portfolio, he was responsible for big ticket items like the development of AAMI Stadium, the Melbourne Convention and Exhibition Centre, as well as the Melbourne Recital Centre and Melbourne Theatre Company’s auditorium.

Tim studied Arts/Law at the Australian National University prior to taking up roles with the Federal Firefighters Union and the Storemen and Packers Union. Tim still holds a legal practising certificate and is also a Graduate of the Australian Institute of Company Directors.

He later served as Assistant Secretary of the ACTU before taking up a position as Chief of Staff to Premier Steve Bracks.

He is married with two children and is a passionate supporter of the Werribee Tigers, Western Bulldogs, Melbourne Storm, Melbourne Victory and the Melbourne Vixens. In his spare time, Tim spends time fulfilling a dream of being an accomplished chilli farmer.