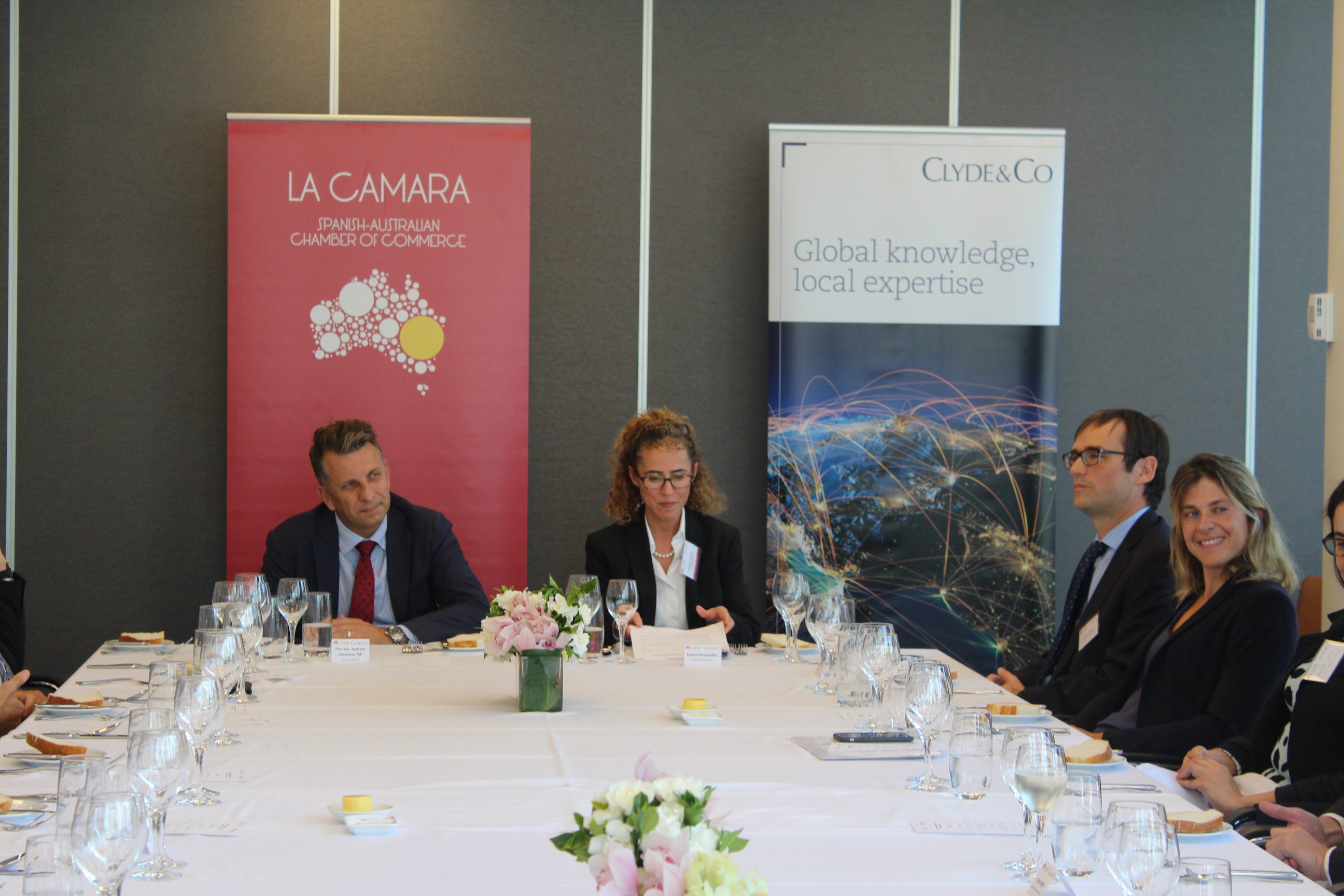 Our corporate members joined us for  lunch with The Hon. Andrew Constance MP, NSW Minister for Transport and Infrastructure.

Andrew Constance was elected to the NSW Parliament as the Member for Bega in 2003.

Following the election of the O’Farrell Government in 2011, he was sworn in as the Minister for Ageing and Disability Services, where he championed the person-centred reforms which were necessary steps towards the National Disability Insurance Scheme (NDIS).

In 2013 he became the Minister for Finance & Services with responsibility for many areas across government such as Workcover, Compulsory Third Party, Sydney Water, Government Property, Office of State Revenue, Lands and Property and IT.

His reform agenda included the decade of decentralisation, better utilisation of government property and assets, implementing the government’s IT strategy and involving the private sector in service provision to improve efficiencies and savings to the NSW taxpayer.

In April 2014, Andrew was sworn in as Treasurer and added Industrial Relations to his responsibilities the following month. He handed down the 2014-15 State Budget which delivered increased funding for infrastructure and child protection, and oversaw the scoping study for the ‘poles and wires’ transaction.

Following the election of the Baird Government in 2015, he was sworn in as Minister for Transport and Infrastructure. The Minister oversees some of the biggest infrastructure projects in the country, including Sydney Light Rail, Parramatta Light Rail and Newcastle Light Rail, along with Sydney Metro, which will see the construction of a second harbour rail crossing, delivering more trains and faster services for the entire city.

Andrew was also responsible for the delivery of ICC Sydney – a new convention and exhibition centre opened in December 2016 that forms part of the revitalisation of Darling Harbour.

Most recently, Andrew has launched a new program of work titled Future Transport, which has triggered a new stream of innovative partnerships to ensure NSW is prepared for a new wave of transport driven by technology. He began the program in 2016 to get ahead of the curb and set the groundwork for new generation systems like contactless payments, on-demand transport and driverless vehicles that are now knocking on our doorstep.