Members and friends joined us in Sydney for a special private film screening of Cien años de perdón / To steal from a thief as part of the 20th Spanish Film Festival. This was La Camara’s fifth year hosting the private screening and we were delighted to see our guests enjoy the event which included Spanish canapes before the film.

A special thank you to Casa Pancorbo who catered for our guests on the evening and to Freixenet. 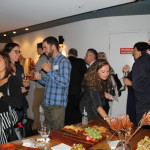 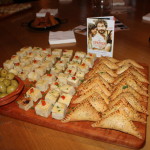