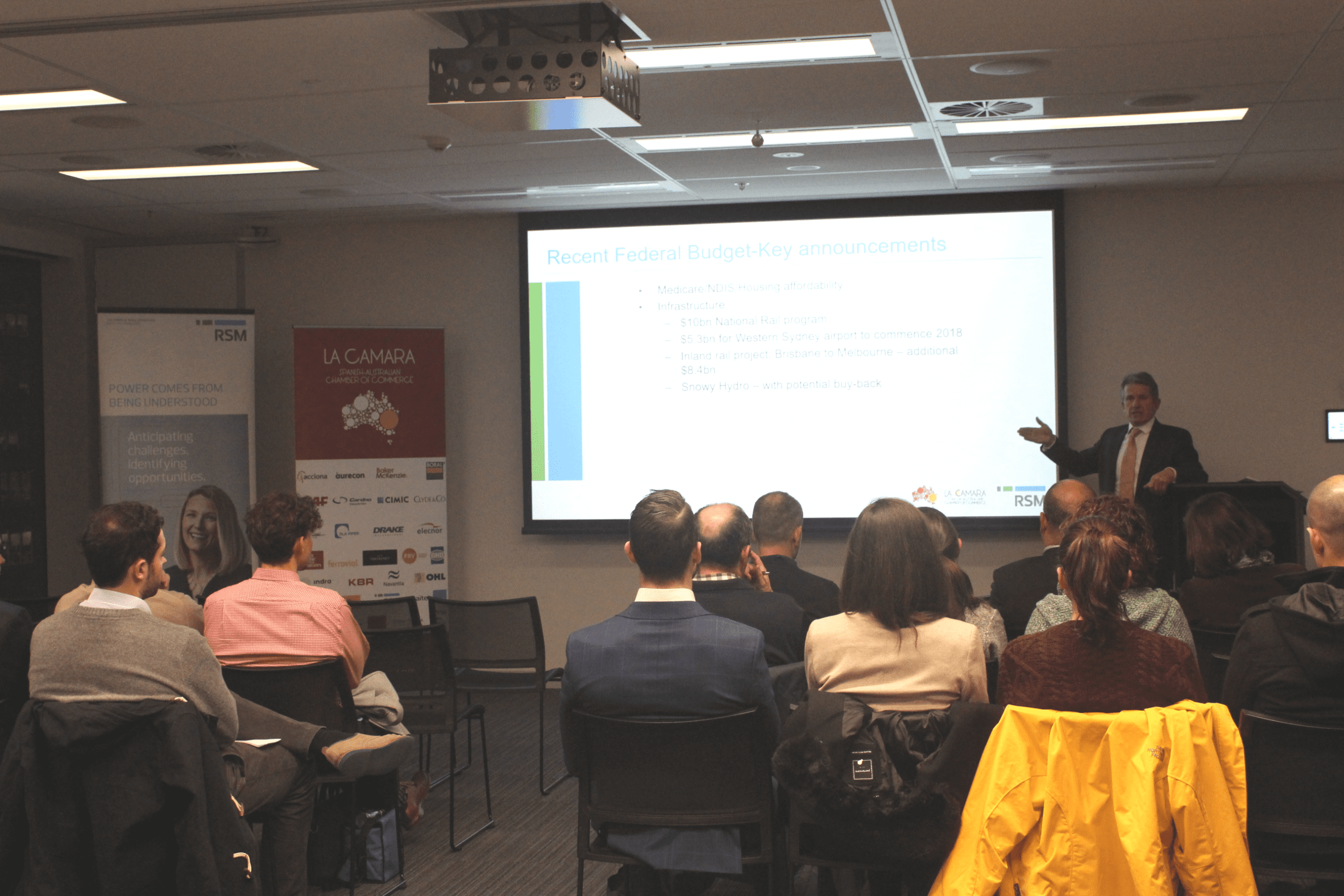 RSM Australia’s Philip Price, Director – Business Advisory, presented a taxation seminar aimed at Spanish companies and individuals in Australia. The focus of this informative seminar was around the Double Tax Agreement between Spain and Australia and what this signifies for Spanish entities currently in Australia.

Some of the topics that were covered included what the key issues were affecting Spanish businesses in Australia with compliance, what income from Spain needs to be declared when preparing a tax return, what effect certain visas have on tax positions and many others.

The seminar was followed by networking drinks and canapes kindly provided by RSM Australia.

1/2 Welcome to our new #CorporateMember: Iberdrola #Renewables #Australia! With a history of over 170 years, today… https://t.co/xCb3GUFeDP
h J R
@LaCamara_AU