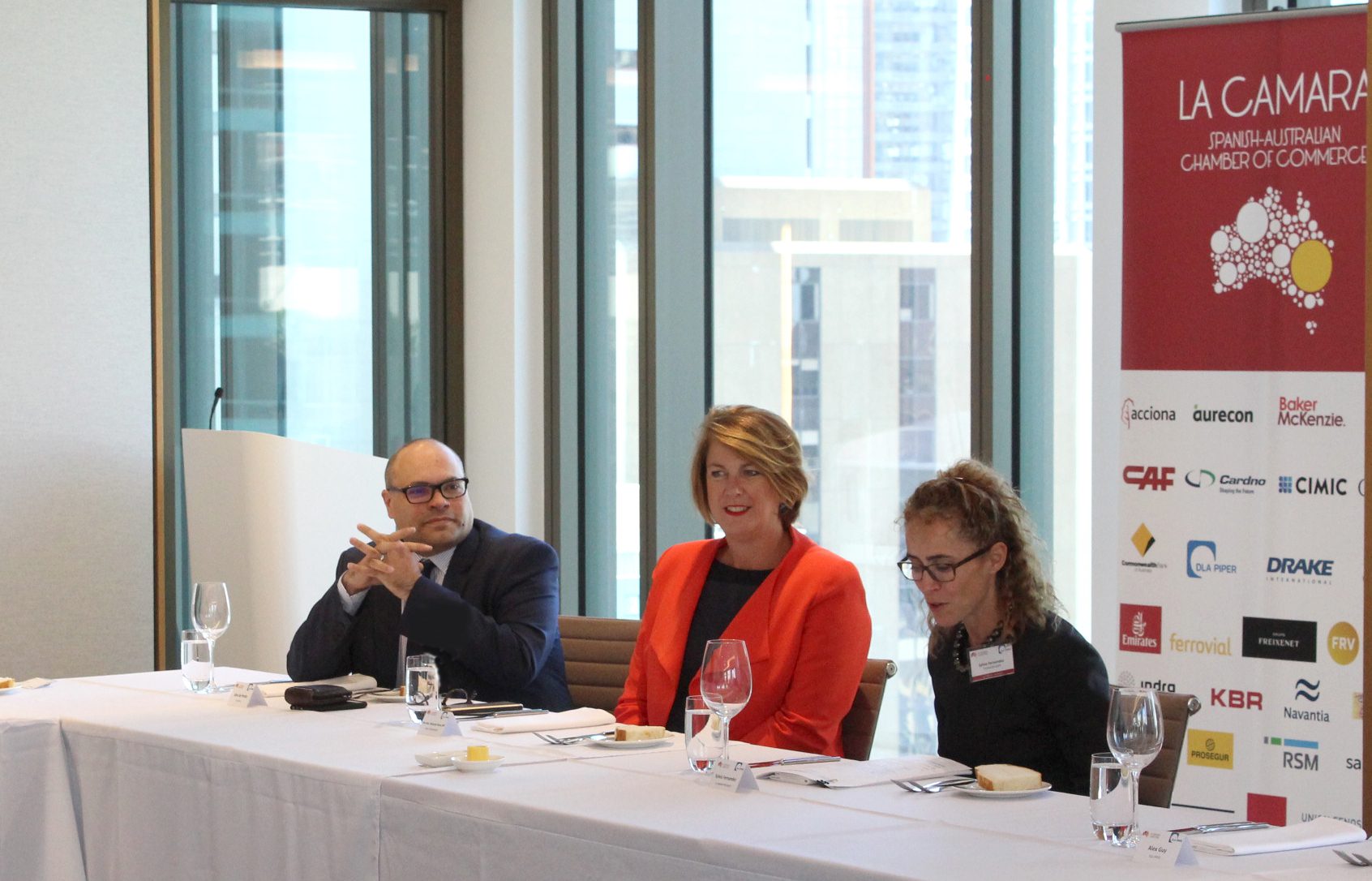 Our corporate members joined us for a lunch with The Hon. Melinda Pavey MP, Minister for Roads, Maritime and Freight.

Melinda Jane Pavey is the New South Wales Minister for Roads, Maritime and Freight since January 2017 in the Berejiklian-Barilaro government.

Mrs Pavey initially worked as a radio journalist with 2UW in Sydney, and in 1988 took up a position as a media officer for Matt Singleton, the then NSW Minister for Administrative Services. Over the next decade, she worked for a number of MPs, including Deputy Premier Wal Murray (1990–1993), Minister for Consumer Affairs Wendy Machin (1993–1994) and National Party leader Ian Armstrong (1994–1997).

In her Parliamentary career, she has had numerous roles, including serving on the Parliamentary Committee on Children and Young People and the Health Care Complaints Commission. She has been the Shadow spokesperson for Emergency Services and the Parliamentary Secretary for Regional Health.

In December 2014, she was preselected by the Nationals as the party’s candidate for the lower house seat of Oxley at the 2015 state election.

Mrs Pavey was sworn in as the Minister for Roads, Maritime and Freight on 30 January, 2017.